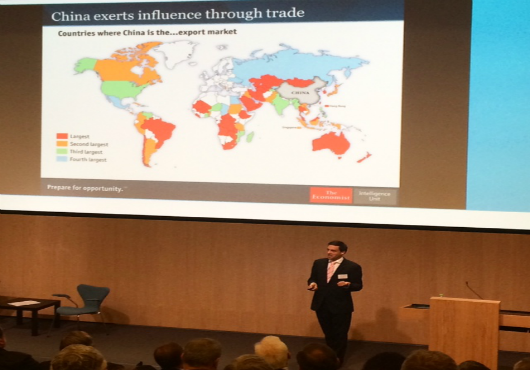 The world has gone through a lot in the past decade. World economies have come to the brink and nearly toppled over the cliff, dragging the rest of the human race with them. It has taken us a long time, but we can finally see some signs of improvement. However, attempting to predict what the global economy will look like in 2015 is very much like trying to guess how the weather will look like a week from now. While you could use all tools and raw date available to man to attempt to predict weather patterns, the truth of the matter is that predicting the future is not an exact science. You are bound to miss the mark more times than not. The same applies to attempting to figure out how the economic landscape for the whole world will look like in the next financial year.

While it may seem that the global economy will perform better in 2015 than in 2014, there are a couple of trouble spots that could hinder this progress. We have come a long way from the deep hole that we dug ourselves into in 2008. Countries have tittered on the edge of bankruptcy for years now, but finally there are signs of hope for recovery. However, there are negative indicators of growth rearing their ugly heads from different corners of the world:

The deadly viral hemorrhagic fever has decimated thousands of people in western Africa, while managing to spread fear across the continent and indeed throughout the whole world. The virus has dampened business activities in many western African countries, sending ripple waves to traditional trading nations and ruining economic development and growth for many nations. This will end up having a negative impact on global economic prospects.

A new terrorist group styling itself as ISIS has managed to cripple most of the Middle East, by focusing the attention of most of the leaders on how to relate with the nefarious organization that has managed to control large swathes of land and populations. Iraq and Syria are in constant turmoil. It cannot be said with any certainty when these countries are going to get back on their feet economically. All this will have a bad impact on world economic growth.

The forceful annexation of the Crimea by Russia has opened another battleground and has potentially kick started the second cold war. This will also have negative effects on total economic growth and development come 2015.

However, even in the light of all these depressing signals, business has been booming in many countries, like the United States for instance. The number of people taking business loans in pursuit of their entrepreneurial dreams has significantly increased in recent years. Technological advancements are spurring innovation and making it easier than ever before to conduct business and to reach millions of customers without ever having to leave the safety and comfort of your own home or business office.

In the light of all these optimistic signals, it is very likely that the global economy will get a much needed boost in 2015.

The Factors Affecting Gold Bullion Prices
The FTSE 100 & the Prompt Payment Code: Who's Coughing Up?
Be Your Own Boss – But Beware
TAGS :
Business Economy
PREV POST

Save on Christmas Gifts This Y..