The retirement age is rising – are we ready to deal with it?...

The retirement age is rising – are we ready to deal with it? 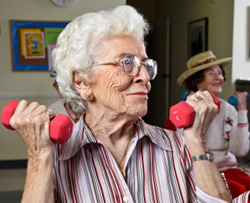 The retirement age is rising – are we ready to deal with it?

By 2020 both men and women will be expected to work until the age of 66 before they can collect their state pension. Money and retirement are intrinsically linked, and the two topics have never been so prevalent in the national psyche since the government unveiled its plan to deal with the issue.

For years women have been able to retire at 60 and men at 65, so while this is a small increase for men it represents quite a drastic rise for women.

And the news isn’t going down well. A recent study by Engage Mutual found that the majority of British adults preferred to retire at 60 – which means women are happy with the current system and men would prefer their state pension to be brought forward by five years.

The findings are from a study of 1,500 adults aged 50 and over, which considered their financial, emotional and recreational needs.

Why is the retirement age rising?

Like a lot of other countries, the UK’s population is living longer. As life expectancy increases it means more people are drawing state pensions for longer, which is putting an unprecedented financial strain on the Treasury. That’s why, in 2012, the coalition announced that they would start to link state pension age with life expectancy – which could see today’s 20-year olds working well into their 70s.

Are we prepared to work longer?

Of course, when we prefer to retire is something personal to each and every one of us, however there are signs that we are prepared to work longer. Earlier this year, the number of people aged 65 and over in employment reached one million for the first time.

One in five of those surveyed by Engage Mutual said that they had no problem working past the age of 65. Eighty per cent of them said they still had plenty to offer the workplace, while 71 per cent enjoyed the companionship of their work colleagues and 41 per cent admitted they weren’t looking forward to retirement.

The main reasons for wanting to retire at 60 are social. Broadly speaking, we want to retire at an age when we’re still reasonably active, both physically and mentally, so we can spend time with grandchildren, enjoy good health, travel abroad and spend our hard-earned savings. The worry is that if we retire later, we won’t be able to have fun with the family and do the things we’ve been saving up for all our working lives.

However, more than 90 per cent surveyed felt that being in your 50s and 60s is still young.

Retiring earlier would obviously have financial implications. Unsurprisingly, 60 per cent of those surveyed worry about being able to afford to live, while 54 per cent worry about how they will pay unexpected bills and costs.

Working to a later age could be the answer to building a better pension and securing your future for the extra year’s we’re living.

Find out if you’re ready for retirement by taking Engage Mutual’s light-hearted quiz: Are you ready to retire?

How Transport and Haulage companies are cutting the costs
Trade Uranium as a Commodity
Ways to Finance Your First Car
TAGS :
retirement
PREV POST

Buying big ticket items from a..

Don’t Give Up Hope Just Yet in..