ICE LIBOR: Everything Forex Traders Need to Know About These...

ICE LIBOR: Everything Forex Traders Need to Know About These 2 Acronyms 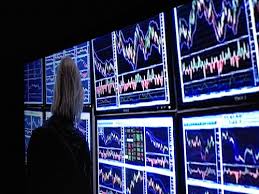 ICE LIBOR: Everything Forex Traders Need to Know About These 2 Acronyms

A lot of investors are familiar with the term LIBOR in financial markets but there are probably quite a few who are not familiar with ICE, or what the acronym stands for.

ICE LIBOR is actually the full acronym for the Intercontinental Exchange London Interbank Offered Rate, hence the reason it is shortened and often simply referred to as LIBOR.

Anyone using forex brokers to trade on financial markets needs to understand the significance of LIBOR and the influence that it exerts on price movements. Having a better understanding of the mechanics of LIBOR can help traders gain a potential edge and hopefully trade more successfully as a result of this greater level of comprehension.

This sequence of letters can actually have a fairly profound effect on all our daily lives and ICE LIBOR is hugely influential on every loan that is made.

ICE LIBOR is basically a the average of the interest rates that a number of the world’s leading banks charge to each other for short-term loans, in effect, a wholesale rate rather than the retail price that consumers would be charged.

The ICE part of the acronym refers to the Intercontinental Exchange, which is the parent company of the New York Stock Exchange and around 24 other exchanges and markets around the globe. Many traders and markets simply use the term LIBOR and don’t use the ICE reference on a daily basis.

LIBOR is the primary step in calculating interest rates on a range of different loans in different parts of the world.

There are in fact several LIBOR’s, and ICE issues their benchmark rates for loans in five different currencies on a daily basis, for seven separate maturities.

The currencies where these rates are set are the U.S Dollar, the Pound Sterling, the Euro, Japanese Yen and the Swiss Franc. The maturities quoted for range from an overnight rate, one week and then rates that hold for a period of up to 12 months.

The most commonly used LIBOR is the three month dollar rate and if you hear someone referring to a LIBOR rate without any further qualification, they will in all probability be referring to this quote in particular.

You may well be familiar with the recent LIBOR scandal where an investigation was launched into the manipulation of interbank lending rates.

This is one very good reason why Intercontinental Exchange are especially keen on stressing the importance of using the full acronym ICE LIBOR, as their LIBOR calculations now differ from when it previously existed under the influence of the British Bankers Association.

Since the scandal broke in 2012, LIBOR needed to be rehabilitated and to move on, as well as provide a way of reassuring those using the system, that its integrity has been strengthened.

LIBOR has a role to play in financial markets and is meant to provide an accurate guide of what interest rates are rather than being influenced by what they should be, which is where the Fed and the Bank of England proffer their opinion.

Many millions are traded each day on the strength of ICE LIBOR quotes and although the rates are essentially based on opinion rather than hard data, it is still vitally important to pay heed to any trends that these figures reveal.

Spencer Dawson has his eyes on the Forex prize as a longtime investor. When he’s not investing or trading, he’s writing about it and posting on a variety of financial and investing blog sites.

What you need to be aware of when trading CFDs
The Advantages of ECN in FOREX Trading
The Proper Way To Learn Forex Trading
TAGS :
trading
PREV POST

Tidying up the payday loan sec..