Trade Uranium as a Commodity

Trade Uranium as a Commodity 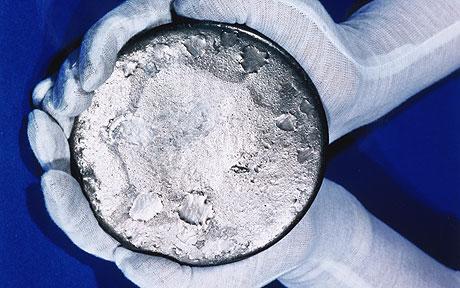 This is a short guest post by my buddy Jo who resides in Canada and love everything to do with trading metals. What he doesnt know isn’t worth knowing.

Uranium is an odd commodity.  It strikes a nerve with many people.  Some people are for it (it doesn’t give off any CO2) and others are against (dangerous i.e. Fukushima/Chernobyl).  Doesn’t matter how you feel about it there is some solid evidence coming in that its bottom is near or has arrived already.

Uranium is a commodity that needs to be mined.  At today’s prices not many people are interested in opening a mine and digging for it.  People out in the field (CEO Admir Adnani of Uranium Energy Corporation) figures for people to get interested in the good, it needs to trade for about $80 (US) per pound to make it attractive.    As we can see we are far from that.
Everyday more and more nuclear plants are coming into service.  Four more are being built in the US alone and many more around the world.  Most of Frances power is nuclear.  Iran is pushing to be allowed to produce nuclear power.  Japan shutdown all there nuclear plants after Fukushima but there are signs that japan may have to bring them back into service as other forms of energy are quite expensive and a massive strain has been placed on their electrical grid because of this.
Come 2014 a little known fact is about to take place that is to change the landscape of the uranium field for the foreseeable future.  The US has had a nice luxury in this department.  US and Russia signed a deal several years ago help Russia clean up its old nuclear weapons. Russia was to ship their old nuclear warheads to the US to dispose of them.  This helped the US by getting a large amount of their uranium for a cheaper price (just disassemble the warhead and you have uranium).  In 2014 this deal is up and there is no indication that Putin will continue the deal.

When are you not covered by home insurance? The Pittsburgh Example
How to Raise Funds for your Startup Capital
The Cost of Choosing to live the Greek Life
TAGS :
trading
PREV POST

How to Save Money on Christmas..