The Significance of World Debt

The Significance of World Debt 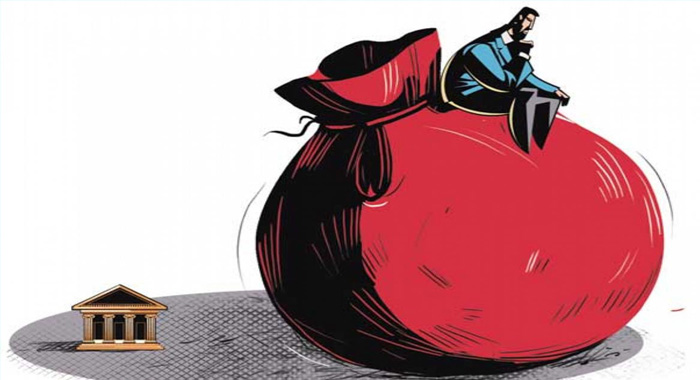 The total debt of all the nations has accumulated to a massive amount of $75 Trillion and that number is continuously rising due to high-interest rates. Most developed economies are the ones with high debt. Only U.S holds the 31.8% share of global debt (World Economic Forum). After U.S, Japan is at the second number with the highest debt. In the Ideal situation, governments take debts to cover budget deficits and to finance economical projects. Some nations are regularly running for the debt due to high budget deficits. This high accumulation of debt is not only healthy for nations own economy but it also affects the global economy as well.

Debt to GDP ratio is used to compare a nation’s debt with its production. It is a financial indicator used to evaluate a nation’s ability to pay back its debts. Countries with higher GDP means they lack the ability to pay back debts and are at risk of default which can create a financial imbalance in domestic and international markets. Therefore, the main focus of governments is to maintain a lower debt to GDP ratio. The government runs for heavy debts during war or recession times in order to meet aggregate demands and to stimulate growth. A world bank’s study presented the fact that if a nation’s debt to GDP ratio is above 77% then it would slow down the economic growth. If we look at the global figures we can find that most of the nations including developed and advanced economies have their Debt to GDP ratio higher than 100%

Nations with higher GDP are eligible for higher debts. sometimes debts fail to foster growth within the economy which result in economic crisis. During 2017, U.S only generated 40 cents of GDP against one dollar of non-financial debt. Similarly, china’s debt productivity reduced by 42.9% between 2007 and 2017. Condition is worst in other economies. Most of the economies have reached a critical debt level. Hence if a country is relying on debt to stimulate growth and debt loses its capacity to increase GDP then its consequences on the economy were predicted to be worse.

Interest rate is one of the main reasons that world debt is hovering over the skies. IMF has made their policies strict regarding interest on loans. Governments must have to agree on high-interest debts in order to take loans. Sometimes it becomes difficult for governments to pay the annual interest amount. The higher debt levels indicate that we are slowly stepping into worldwide financial crises

Debts are a helpful tool to foster growth and to cover budget deficits. It is essential that debt money should be spent in an efficient way, so that It may yield higher GDP. If debt money is used on economical projects which result in higher growth within the economy, then it would be a lot easier for governments to pay back their loans. Lack of proper planning and management issues leads to inefficient debt use which results in economic crises.

3 Reasons Why You Must Take Ma..