Santander and Funding Circle in Bed Together?

Santander and Funding Circle in Bed Together? 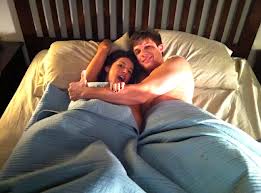 In the Financial Times last week, a partnership between Santander and Funding Circle was mooted. Funding circle is a peer – to – peer lender who focuses on providing loans to small businesses. The company has grown significantly this year alongside its rivals in the same sector such as Zopa and Ratesetter. Other Chinese businesses are also making a headway with many businesses considering doing business with DHgate.

Peer –to – Peer companies cut out the middle man – in this case, the banks, – and work directly with the small businesses which means cheaper loans for borrowers and better interest rates for savers.

If Santander did partner with Funding Circle, the peer – to – peer lending market would be extremely shaken up. Although it would provide more capital for small business to borrow against, peer – to – peer websites are not covered by the Financial Services Compensation Scheme. How would Santander manage this huge risk?

If a small business has been turned down by a high street lender or have been put off by horror stories regarding the banks, they have often turned to Funding Circle instead. If the merger happens, the two will be one and the same.  If the two companies did become partners however, the suggestion is that the bank will suggest a peer – to – peer lender if they reject the loan application from the small business, then a small part of the loan would be funded by the bank and the rest by the peer – to – peer lender.

Both Funding Circle and Santander have stressed that this collaboration is based on speculation at the moment and talks are at an extremely early stage.

There are more than 49,000 lenders registered with Funding Circle and since the company began £129 million has been lent. The proportion of this money has gone to small businesses which have been rejected by high street banks.

The proposed partnership is a double edged sword in my opinion. On a positive note, it will prove credibility of the peer – to – peer lender and therefore attract more customers.

What do you think of this proposed merger?

Tidying up the payday loan sector
Borrowing Is Getting Easier For Those With Good Credit History
How To Choose Best Bank Account Available
TAGS :
banking
PREV POST

Help to buy set to die?

Americans don’t want to take a..