Qatar Airways flying high thanks to millions of Facebook fan...

Qatar Airways flying high thanks to millions of Facebook fans 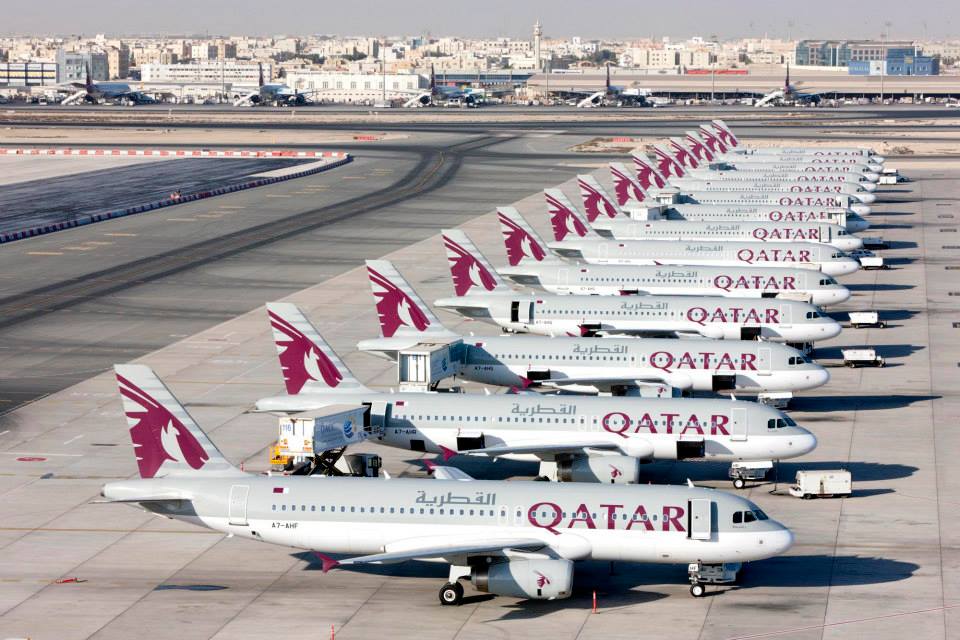 Qatar, expat hotspot and entrepreneurial magnet with billions of dollars up for grabs thanks to massive infrastructure spending on the FIFA 2022 World Cup competition. And the banks, modern and forward-looking. Competitive, too. If you’re looking for a competitive business credit card in Qatar then you’ll easily find one given the current spending frenzy.

Fan of Qatar Airways, the state-owned flag carrier? Millions of Facebook users certainly are. In fact the airline has now exceeded the 2 million mark in terms of Facebook “likes”. This makes Qatar Airways the fourth most popular airline across the industry.

Remarkably, the airline only launched on the social media site in April 2011. And much of its incredible fan growth has happened in the past year, due to a wide variety of promotions including fan engagement, exclusive airfares, and the airline’s sponsorship of the world’s most popular football club, FC Barcelona.

According to the airline, growth on Facebook has been a bi-product of its broad content initiatives, where its aim has been to bring unique glimpses into the airline’s expansion, operations, sponsorships, employees and culture. Additionally, the airline has launched exclusive Facebook Fan Fares, enabling its fans to avail discounts on air travel.

Contests have also played a significant role in building the airline’s popularity on the social web. During the year, the airline has launched popular promotions such as: “To Maldives, With Love,” “Be a VIP at the FC Barcelona Asia Tour,” and most recently “Where’s the Panda?”

The airline has cemented its strong social media presence across the social media landscape using not only Facebook, but other major sites, too, such as Twitter, YouTube, Instagram, Flickr, Pinterest and others. Using all of these has allowed the airline to build relationships with its expanding customer base. As a result, it has gained tremendous insights into the attitudes and opinions of its customers toward the Qatar Airways brand and received many great stories and product suggestions from its large fan base.

But if Qatar Airways is flying high, the same can’t be said about the country’s political clout across the Middle East which, according to some commentators at least, appears to be on the slide. Certainly, Qatar has been instrumental in providing backing to strife-torn Egypt, for example, lending strong financial support to the regime of the now deposed  Mohamed Morsi, the first democratically elected president who was removed from power by the army after mass protests.

Now relations between the two countries appear to have drifted yet further amid ramped-up tensions after the return by Egypt of $2 billion deposited by Qatar in its central bank following the failure of negotiations to convert the money into a three-year bond.

The Financial Times says the decision to return the funds at a time when Cairo is relying on support from Gulf states to shore up its foreign currency reserves is another sign of worsening relations between the two countries.

According to the Financial Times article, Cairo felt able to dispense with the Qatari cash because it has received $12 billion in support from Saudi Arabia, the United Arab Emirates and Kuwait – all of which were uneasy about the accession to power of the Muslim Brotherhood and which immediately welcomed the ousting of Mr Morsi.

Qatar, a staunch ally of the Islamists, emerged as the largest aid donor to Egypt after the 2011 revolt that toppled Hosni Mubarak as president, giving Cairo $7.5 billion in loans and grants during the year Mr Morsi was in power.

Getting Some Quick Cash for your Assets
Your Portfolio: What You Should Know About Stock Market Investments (Part 1)
Everything you Should know Before Investing in the UK
TAGS :
credit cards
PREV POST

Cutting the Cost of Air Travel

Buying big ticket items from a..