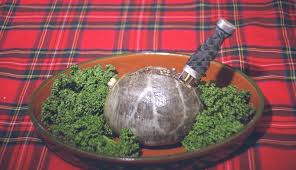 The cost of the weekly shop will be pushed up for Scottish consumers if they choose independence in this year’s referendum, supermarkets have warned. I read this at the back end of last year and it has constantly played on my mind. A few qu9otes are in there, which to me most sound ridiculous. Let me know your thoughts. Haggis is important.

Morrisons told Sky News the amplified cost was down to a number of taxes to be imposed on Scottish retailers which would not apply to those in England. They also cited the higher costs of transport and distribution as well as the imposition of the public health levy by the Scottish government.

UK supermarkets currently absorb the extra costs in the interests of fairness to customers across the UK, but may rethink that policy that if Scotland becomes independent.

One executive commented “We would treat it as an international market and act accordingly by putting up our prices.”

Andy Clarke, chief executive of Asda, reported: “We believe in fairness, so the price the customers pay for a pint of milk or loaf bread is the same regardless of where they live in the UK.

“However, the cost of doing business in different parts of the country does vary.

“A ‘Yes’ vote in 2014 could result in Scotland being a less attractive investment proposition for business and put further pressure on our costs.”

The Scottish government, however, says there is “no reason” for retail prices to rise.

A spokesman said that plans for lower corporation tax and fuel duty would make Scotland “more competitive and less costly” than at present.

When is it Better to Rent Instead of Buy a Property?
Ways to Finance Your First Car
Save Money on your Holiday Accommodation this year
PREV POST

How To Tackle Budgeting for Fun