Is there any loan value in my watch?

Is there any loan value in my watch? 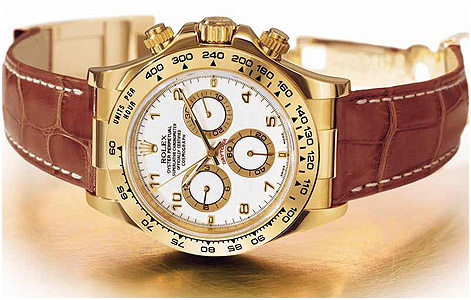 As I’m sure you’re aware, it can be extremely difficult to secure a loan at the minute, with high street banks becoming increasingly reluctant to lend as a result of the economic downturn, which has left the vast majority of us feeling the squeeze.

One alternative route to short-term finance is to take out a personal asset loan. I found a variety of companies willing to offer such services, which are typically secured against fine art, antiques or classic cars.

I assumed I would not be able to access money in this way because I do not own any such items, but then I discovered some companies offer loans against luxury watches. If you also own a valuable timepiece, what are the key factors that influence its value?

One of the most important aspects is who made the watch. Pieces created by a number of prestige manufacturers will typically be considered, but the valuation is very much dependent on how popular a certain brand is in the current market.

Rolex watches are commonly used to secure loans, which will probably come as very little surprise. It is perhaps the most well-known luxury watch brand and its timepieces have appeared in several James Bond films and were recently endorsed by football superstar Lionel Messi.

As you’re probably aware, Rolex are one of the most well-known companies that produce luxury watches and this is largely down to its celebrity endorsements – footballer Lionel Messi recently featured in one of its adverts. Breitling watches also appear to be extremely popular among celebrities, with Hollywood heavyweights Leonardo DiCaprio and John Travolta both being photographed wearing its timepieces.

Although the fact they are worn by famous people does not necessarily increase the value of watches, it does perhaps give a slight indication as to the potential market popularity of each piece.

Audemars Piguet, Lange and Sohne, Cartier, Omega and Patek Philippe all produce watches that tend to hold their value for long period of time. This means they will potentially be valuable when it comes to using them as security for personal asset loans.

Despite this, the general rule is that newer items are worth more than older watches, so this should be something you consider.

The other main factor that has a big implication on the value of a watch is the condition. I know it might sound obvious, but pieces that look as good as new will be worth a lot more than others that are showing signs of wear and tear.

Scratches or dents to the strap or face of the watch will significantly reduce the amount of money you will be able to secure it against. However, experts like to see the pieces in original working order and items that have been restored are likely to be a lot less valuable.

These days, it is common to throw away the packaging that comes with your purchases, but if you have kept the original box and papers for your watch you will see its value boosted. Items that are within the manufacturer’s warranty period will also be deemed to be worth more.

In my opinion, if you are looking for alternatives to traditional pawn shops, online personal asset lenders should be a serious consideration.

Payday Loans - Big Business in the UK
Are you Entitled to a Tenant Loan?
These Five Credit Card Habits Can Lead to Financial Troubles
TAGS :
loans
PREV POST

What to do if you Receive a Co..

UK Bankruptcy - What is the Go..