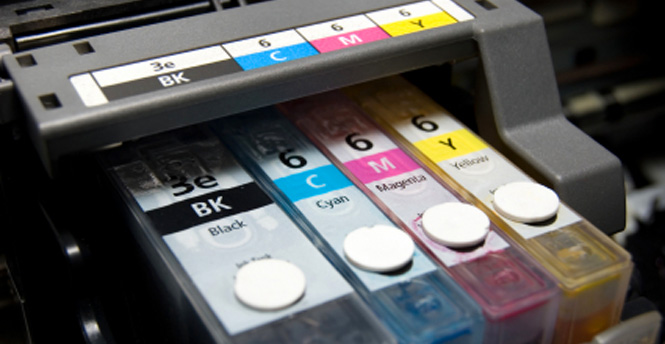 Printers have become a part of the furniture (although you shouldn’t sit on one!) as every office and many homes have at least one. We pass by them every day, and even when we’re using them we don’t think about what goes on inside them. So let’s find out some amazing facts about this office and home workhorse.

Laser printers use toner rather than ink. Toner is composed of tiny plastic particles which are transferred onto paper from the cartridge with varying electrostatic charges. When the toner particles hit the paper they’re melted very quickly by these hot rollers to bond with the paper. It’s done very quickly so the paper doesn’t scorch.

The fuser rollers get as hot as they do so they can do their job rapidly, but toner actually melts at around body temperature! Warm water can also melt toner, which is why if you spill toner on your clothes, you should brush as much of it off as possible before using cold water to wash it away.

Laser printers use more electricity than a PC

Ink cartridges are a threat to the environment. Although around 70% of the cartridge components are recyclable, most still end up in landfill after users discard them. If all the discarded cartridges were lined up in a row, they’d go three times around the earth.

Fonts were once named after the people who designed them

Fonts, also known as typefaces, used to be named after their creators, so when you look down your list of fonts you’ll spot surnames from now on. A good example of a name is Garamond, named after its creator, French printer Claude Garamonde. This font is still used because it’s very sparing with its use of ink.

The world’s smallest printer is a mere 1”x2”x11”, and the biggest is a whopping 12 metres by 50 metres. Known as Infinitus this printer is owned by Minneapolis company Big Image Systems. Infinitus can print on spans as large as 600 square metres and it’s used to create backdrops for TV, film and theatre companies.

Printers can print food as well as words

3D printers can print food! Edible food! This new type of printer is set to become more and more commonplace as the tech evolves and becomes cheaper. These printers not only print food – they can print clothes, jewellery, houses and artificial prostheses to replace missing limbs. NASA plans to send a 3D printer into space – maybe even to Mars – so that astronauts and colonisers can print out shelters, tools and other utensils.

Your Portfolio: What You Should Know About Stock Market Investments (Part 1)
Looking to Hire a Credit Repair Company? Here is Where to Start
3 Money Making Scams to Avoid at all Costs
PREV POST

The Proper Way To Learn Forex ..