3 Crypto Industries You Should Consider Investing In

3 Crypto Industries You Should Consider Investing In 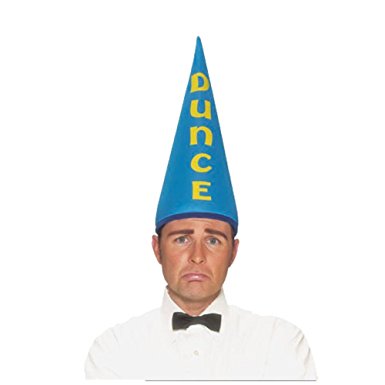 Don’t be the Dunce, invest smart!

With so many crypto investors seeing massive profits over the past year, it makes sense that more and more people are trying to hop on this wave. And while it makes sense that a lot of both investors and entrepreneurs are attempting to take advantage of this system, the field is only getting more competitive. Which, if you’re trying to invest in some blockchain companies, there are a few industries that you should be on the lookout in considering. Check them out below:

As an industry nearly everyone relies on, it makes sense that freight is one area that blockchain entrepreneurs are looking to enter. In fact, according to Trucking.org, the freight industry is worth around $738 billion in the US alone, which is a pretty staggering figure when you consider the sheer size and volume of this industry. This makes sense, especially considering how much in our lives run because of freight and what comes with it. However, not only could blockchain make this all much more transparent, but cheaper for everyone involved as well.

In regards to innovation with blockchain and the freight industry, a few things have come about. First, FR8 Network, which is a blockchain in trucking alliance, is looking to create a blockchain network that will change the game. They are trying to accomplish this by offering distributors and suppliers the ability to openly connect with one another, rather than solely having to rely on brokers.

Furthermore, this puts pricing out in the open, which makes the market more competitive. In turn, if truckers can find more gigs via the network, then there will be less empty freights on the road, thus increasing productivity while also helping the environment. Yes, the changes that are happening to the freight industry with FR8 and the blockchain are incredibly exciting, and something you should be on the lookout for.

Another great change that’s happening with crypto is the ability to execute automated contracts, which is one of the core features of the blockchain and smart contracts. Until recently, there hasn’t exactly been a way to automatically handle contract negotiations and executions (aside from hiring someone like lawyer Aaron Kelly, who has a service which automates contracts). This leaves a lot of people (especially contractors and freelancers) getting screwed by those who decided they want to change their mind on the price of a contract. However, blockchain is looking to change all of that.

An excellent example of this is with something like a logo design, which as noted by 99designs, can cost anywhere between $300 to $1300. Let’s say that a business owner initially agrees with a designer to buy a logo for $500. The designer provides the logo, which then the business owner decides the $500 was too expensive and they’re only going to pay $100. With the blockchain, as soon as the logo is submitted and approved, the business owner has to pay up.

This prevents bad actors from potentially trying to short creatives on their work, and thus, creating a more level playing field for creators. All-in-all, don’t be surprised if more entrepreneurs try tackling this problem soon, as it’s something worth keeping your eye on.

As healthcare is a massive industry, it goes without saying that this is a field that is constantly looking to be improved. What makes a lot of hospitals so difficult to work with is the sheer size of the management systems they have to deal with, as well as how billing works too. Furthermore, a lot of health care providers have to share information with one another, which can be quite complicated when dealing with multiple sources. However, this is one area where the blockchain could be incredibly useful.

With the blockchain, hospitals and other healthcare providers could be a part of an extended secure network that shares files safely. Additionally, this could also help with billing, which as noted by the National Institute of Health, a simplified billing system amongst hospitals alone could save $350 billion annually, a significant number when you consider the other aspects of file transfer that might be useful as well.

While this is still early technology, companies like Nanovision are looking to implement a health blockchain network that will not only help providers maintain secure patient information, but will also equip labs and other patient touchpoints with results-sharing as well. Expect healthcare and blockchain become something you hear much more about in the next couple years; this is worth exploring as a long-term investment.

What are you most excited to see start to develop in crypto? Comment with your answers below!

Part 1: How to make money from home by selling things
HAPPY NEW YEAR!! - Preparing for 2014
Your 3 Step Guide to Applying for a Business Start-up Loan
PREV POST

Heres why you should start you..